brought to you by WBR Insights

The very first Lowe's was opened by Lucius Smith Lowe in North Wilkesboro, North Carolina, in 1921. Originally named Lowe's North Wilkesboro Hardware, the business sold a variety of products, such as dry goods, horse tack, snuff, produce, and groceries. After Carl Buchan came on as a partner in 1943, he anticipated the post-war increase in construction and steered the business' focus towards the supply of hardware and building materials.

Nearly a century after the first Lowe's opened its doors to the public, the company has nearly 2,000 locations and employs around 240,000 people. The company's revenue of $65,017 million places it at #40 on the Fortune 500 list.

As it did way back in the 1940s when Buchan predicted the upturn in construction, Lowe's has succeeded by staying ahead of the curve and being quick to adopt new technologies and business practices in an agile manner. In 2017, this means using digital technology to create exciting new ways for customers to experience the Lowe's brand.

Being primarily a supplier of building supplies, Lowe's has a mixture of customers, ranging from skilled and professional tradespeople to amateur DIYers - and every level of ability in between. Professionals need little assistance, they usually know what they're after before even stepping through the door, and their focus tends to be on getting the best price.

The DIY customer, however, often requires more interaction when they visit a Lowe's store. They will not only usually require advice on which materials and tools they need, but also on how to put them to use.

And this is what inspired Lowe's to introduce an innovation named Holoroom How-To . Using advanced virtual reality (VR) technology, Holoroom How-To allows Lowe's customers to try their hand at a variety of DIY tasks, from putting up a shelf, to tiling a bathroom. Allowing customers to try out these techniques, with additional guidance from a staff member, enables them to master the basics without fear of making a mess or damaging their homes.

"During the past three years, we have been exploring real-life applications of augmented and virtual reality experiences to directly help our customers solve everyday problems," said Kyle Nel , Executive Director of Lowe's Innovation Labs , the company's disruptive innovation hub. "Our experience has shown that customers are embracing VR as part of their home improvement journey, and now, we are using immersive VR to help our customers learn the required skills to complete challenging home improvement projects."

Making its debut at Lowe's locations in Boston and Canada, Holoroom How-To is due to be rolled out on a larger scale once pilot testing is completed.

Not content with using VR technology to help customers increase their DIY confidence, Lowe's Innovation Labs has another exciting concept in the pipeline to improve the experience for visitors to Lowe's stores - this time with sights set on Internet of Things (IoT) technology. IoT devices are becoming increasingly commonplace in modern homes, so it's only natural for Lowe's to offer them alongside the usual building materials.

Recognizing many customers are anxious when it comes to choosing smart products due to the enormous number of options available, Lowe's has developed a system to help belay those fears. Collaborating with retail software innovators b8ta , Lowe's has developed SmartSpot showrooms which will enable customers to "try before they buy" on a wide range of IoT enabled devices. 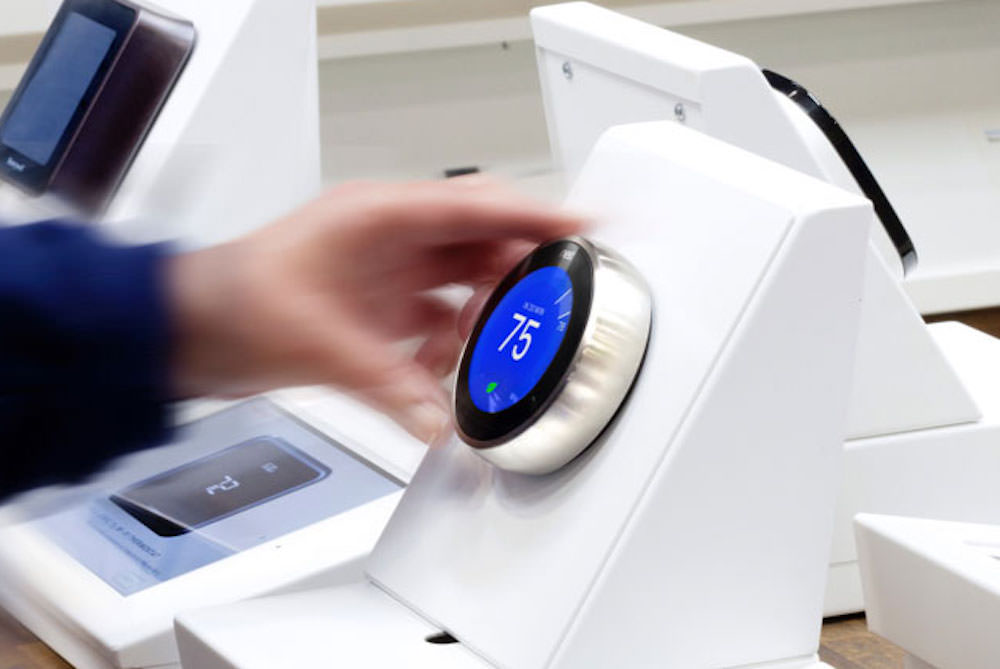 The most impressive element of SmartSpot is that it can take a holistic view of a customer's home and suggest products accordingly. This means customers can see how various devices will interact and work with one another once installed - whether they're security and energy-saving devices, or entertainment applications for playing music or turning on the television. Customers can use SmartSpot to demo several items from Lowe's own Iris product range, as well as more than 40 devices from Amazon, Lutron, Nest, Ring, and more.

"Our job is to see the future. If you are just improving products or service, you'll die. We live in an experiential world and we were sick of scrambling. The basic OS hasn't changed, people haven't changed. It's about using stuff and using it in an intuitive way."